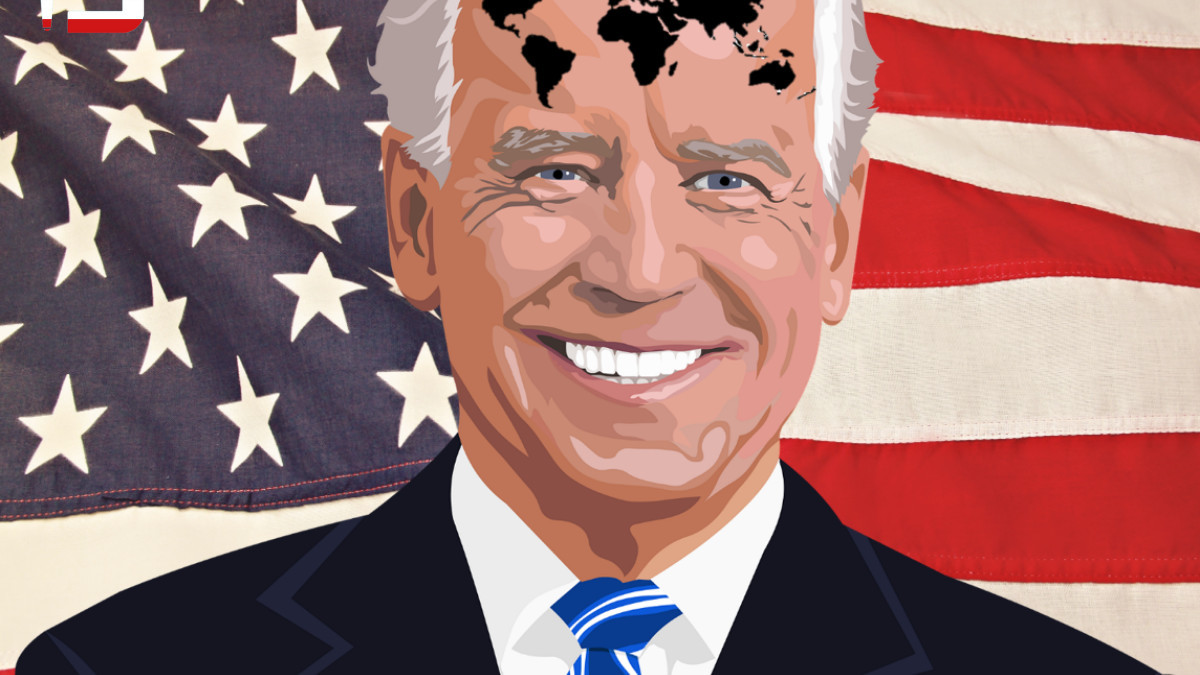 What happened? This is not Dutch. Is The Duplomaat going international? Not exactly, but now that we have covered several different topics about the US elections this week, we thought it might be nice to shake things up a little bit. Instead of having Dutch writers write about American topics, why not have a true American citizen write about his country’s foreign policy? Let us introduce Philip Palim, born in Virginia, raised in Maryland. He will enlighten us with his knowledge concerning the history of US Foreign Policy in the greatest article written up to date.

The past four years have been a trying time for the transatlantic relationship. There seems to be a common perception -particularly in Europe - that this is all due to President Trump.  Certainly part of the reason for the drift is Trump’s personal style.  He never misses an opportunity to scorn and provoke Europe: pulling out of the Paris accords, cozying up to autocrats in Eastern Europe, enacting a counter-productive travel ban, and publicly presenting NATO allies with a bill for their defense are just the first instances which come to mind.  However, Trump’s abrasive personal style is not the only reason the relationship has deteriorated.  U.S. foreign policy is undergoing a massive change from the previous seven decades.  As a result of this policy change the U.S. and Europe have drifted far apart on substantive issues - the most well known being trade, Middle East policy, and how to deal with the rise of China.  The causes for this change are deeply embedded within America’s position in the world and a Biden presidency is unlikely to reverse this policy shift.

How does this affect us in the Netherlands?

Well I’m glad you asked!  Even if Biden softens American foreign policy with regards to the EU, the instability and disorder created by America’s new foreign policy objectives will impact you greatly.  Continuing waves of refugees from the middle east and Africa, Russian aggression, Franco-Turkish tensions in the Eastern Mediterranean, and - most importantly for the famously internationally business-minded Dutch - threatened global trade.  Most worrying for the Netherlands is the degradation of international institutions which were designed to enforce rule of law and a level playing field in trade.  Stripped of these safeguards, and without a great power standing behind them, the ability of Dutch multinationals to operate in far flung locales will be seriously weakened.

What’s causing this change in foreign policy if it isn’t just Trump?

The cold war is over and it has been for 30 years now.  The need for a grand interconnected coalition to confront Communism is gone.  During the Cold War American foreign policy largely consisted of offering a deal to every country they came across: access to a global trade network, the American market, and free use of the dollar for financial and trade uses, in exchange for opposition to Communism.  The U.S. proceeded to set up institutions such as the GATT (later transformed to the WTO) to establish some order within the alliance.  All of a sudden, a Dutch businessman could trade in South Korea without fear of (overly) unfair trade practices or outright nationalization. These institutions constrained individual nations, and thus reduced both nationalistic trade practices and local conflicts within the western order.  A bloody proxy war with a Communist state may have proceeded at full speed, but conflicts within the Western fold (such as the Suez crisis) were stamped out quickly.

Given the distinct lack of Soviet Union in the world today, America no longer needs a global alliance system for the sake of a global alliance system.  Now America’s dealings with the world will be much more in its own self interest.  For much of the 2000’s that meant oil-rich middle eastern nations, but with the massive growth in fracking America is now energy independent.  Regardless of how tyrannical the regime, or bloody the civil war, the U.S. won’t do much more than apply sanctions - think of Venezuela and Libya.  That’s a remarkable shift from the three Middle Eastern wars of the 90s and early 2000s.  The U.S. is also not as dependent on trade with foriegn nations as one might think.  Less than 10% of U.S. GDP is tied up in trade outside North America, the UK, and east Asia.  Reshoring was already a profitable trend before covid, and while incomes continue to rise in Asia, Mexico remains a close, low-cost supplier.  To put it simply, the costs of maintaining stability in some areas of the world exceed the benefits.  America will leave some regions to their own devices, and become more predatory in her negotiations with close partners.  The incentive for the U.S. to help maintain the international order is not present anymore.  Even where America is present, the trend is towards a more predatory, transactional foreign policy.  One where individual countries are bullied into poor trade deals, and international agreements (like the WTO) are disregarded.

What does Biden have to say about this?

The best way to start is to simply read the foreign policy page of Biden’s campaign website.  The most striking thing is how much he talks about anything but foreign policy!  Around half of the page is devoted to Biden’s plan to lead the world by focusing on America.  Although a wonderful goal, internal reforms alone do not spell out an engaged and global foreign policy plan.  This reveals the key issue that Biden is clearly aware of - Americans simply do not care about foriegn policy.  Since the end of the Cold War (and most starkly in the last 10 years) polls show that as long as America is physically secure, foreign policy is a topic of shrinking importance to voters.  Foreign policy adventures may be the pet-project of the elites, but most Americans would rather devote resources elsewhere.  Politicians have started to realize this, and are changing their behavior.  Unless an international engagement tackles an issue which is separately concerning to voters (like climate change), the U.S. will refuse to commit more resources than it can recoup from the effort.  This is why Biden pledges to end ‘forever wars’ in the Middle East - an area no longer of interest to the U.S.  He has pledged to strengthen the WTO (among other international organizations) but he also calls for trade policies (including subsidies and buy American programs) which are in violation of the WTO and U.S. trade agreements.  Biden has also pledged not to enter new trade deals for the foreseeable future, and is already being lobbied by labor unions and progressives to be more protectionist than the previous administration.  When push comes to shove Biden is no more willing to commit American resources to uphold the global order than Trump is.  From their perspective those resources are better spent at home where they are desperately needed and politically useful.

There does appear to be one area of genuine disagreement between the candidates, and that is their attitude towards allies.  The Biden administration believes that if they act with allies the U.S. can exert more leverage, while the Trump administration believes that by acting alone and unconstrained they are the most effective.  Although this seems like a significant difference on the surface, it is really a disagreement on execution, not in goals.  Both are in agreement that American foreign policy should be run for the benefit of Americans, and their domestic goals.  In a Biden administration, western democracies would be regarded as valuable tools - but they would remain just that - a means rather than an end.

The trend for the near future is a U.S. foreign policy of naked self interest, regardless of who wins the presidency on Tuesday.  This means predatory trade deals, protectionism, and retreat from certain areas of the world, many of which (including the middle east and eastern mediterranean) are important to Europe.  However Europe chooses to respond, a recognition that a return to normalcy will not happen is essential.